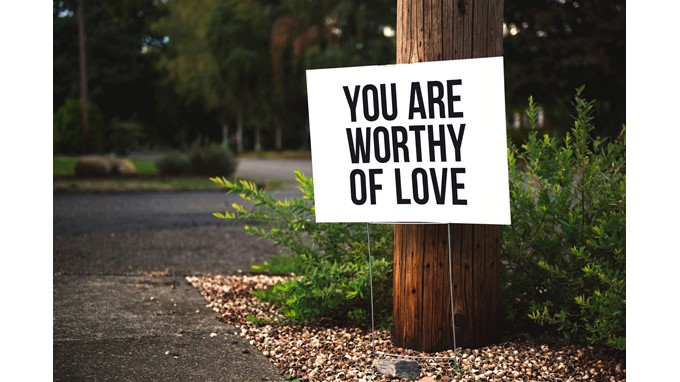 I once had a teacher who described life like this: you’re on a line that goes on forever. The beginning of the line represents when you are born. Now, many would think that the rest of the line represents your life –– the years where you make friends, go to college, get married and have kids –– before closing your eyes for the last time. Except, my teacher would say, that is wrong, and that the time you have on this earth is only a hand width from the beginning of the line. While the remainder of the line represents the impact you leave behind. Of course being in fourth grade, I didn’t fully understand what that meant. All I knew was that in the time I had, I needed to leave my mark and be worth something.

Beginning a blog is no easy feat. In fact, as I attempted to write my first post, I discovered there were too many stories I wanted to tell. I guess being a writer there could be worse problems to have. Yet, I still experienced a sense of panic. How silly of me to think that I could make an impact. But in going through my story, I found one word that could describe my journey thus far –

worthy: the value of something measured by its qualities or by the esteem in which it is held.

This is how Merriam-Webster defines worth, and subsequently worthy and worthiness. But can the measure of someone’s life really be defined? I used to think so and I’m sure at one point (maybe even now) you did too. This is not to say that there still isn’t a hint of doubt. Yet whenever that feeling arises, I’m constantly proven wrong.

Ever since I can remember, I’ve been striving towards an unrealistic goal of reaching a certain level of perfection. I thought that if I could attain this status, I would be loved, wanted, and sought after. Day after day I tried to be the perfect student, perfect daughter, perfect sister and whenever I fell short, a fear would overcome me. A fear that said because I had fallen short, I would end up alone. Yet, I never gave up my efforts, in fact I doubled them. Some would describe this as the definition of insanity and looking back, it’s astounding that I wasn’t diagnosed with anxiety until I was fifteen. But this is how I lived my life. Every night before I fell asleep I would play the coming day through my head: what I would eat, what I would wear, down to the most minute detail of how I would act. My life became not my own, but of a powerful force that dictated my every move.

To make a long story short, my world eventually came crashing down – I mean it completely imploded. Those specifics don’t matter as much as what I’m going to say next though: this is NOT a sob story of my perfect life turning into a swirling fest of demons meant to destroy, but rather what I wish I knew and what I hope you will begin to know without a shadow of a doubt.

I had falsely believed that in order to be someone, I had to earn it. I had to put on a face and follow all the rules. Guys, this is the biggest lie you will EVER be told. Did you have to earn your parents’ love and affection? Did you have to convince your friends that you were a great companion? No, because your simple presence was and IS enough for them to love you as you are; and if this isn’t your story then I want to apologize. But y’all, please listen,

you are worthy of love,

you are worthy of hope,

you are worthy of light,

and laughter, and community,

and all the goodness life has to offer.

When I was in the thick of it, and even after multiple years of treatment for mental health, I thought I would have to earn the right for my parents to love me again. For my brothers to love me again. For my friends to want to hang out with me again. For my God to call me His own. I’m not saying my life is now all sunshine and rainbows. But I have a certain comfort in knowing that above all, I am worthy of redemption. I wish my fifteen year old self or even my fourth grade self knew that truth with the level of understanding that I do now.

I began with a story about my teacher, one that I’ve never forgotten. By now, you’re probably wondering why. The time we spend here on our lines, however long that may be, isn’t defined by what you do or don’t do. To the man (or woman) working to earn your worth, you can stop; because from the minute you were born, you have been worthy to Him.

I’m saying this to you as much as I’m saying it to myself because despite all I’ve tried, I’ll never be perfect. Sometimes I have to be reminded of that, but that’s what makes me human. Instead of trying to be someone you’re not (or never will be), start with loving the person you already are and were made to be. Easier said than done, I know. Maybe it is to our advantage that right now we are in a period of waiting. I know I haven’t always been the best with actively loving myself, but now we have an opportunity to practice that! Maybe you’ll begin your day saying to yourself in the mirror “Hey ____, you are so worth loving”. Maybe you’ll go on a walk and enjoy the sun against your skin. My ladies out there, maybe you’ll decide to ditch the makeup and show off your natural beauty, acne scars and all. The point is, who you are is enough, flaws and all. It’s time we start accepting that. The gift of His grace and mercy is right in front of you, waiting for the taking. Let’s use the time to get to know ourselves in Him.