Fully Embracing Myself: A Tale of Racial and Spiritual Identity 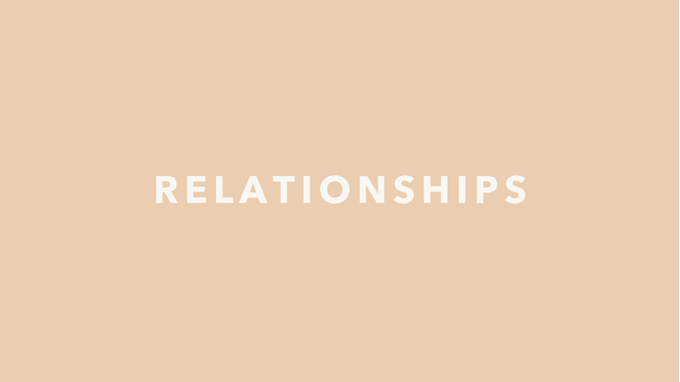 During these last eight months I largely haven’t seen any friends or family in person. Without realizing that this was happening, I was spending extraordinary amounts of time with one person — myself. Now, away from the influences of friends, professors, church members, and classmates, I felt bare. Who am I? Who am I as just me, someone who isn’t being pushed to fit in one way or another by others or myself?

First and foremost, my identity is from and in God. He created me with intention and loves every part of me. However, I am also very aware that I have to maneuver in this world based on the fact that I am an Asian American woman. Knowing these things, I know that the Lord was not mistaken in making me Chinese American, and lately I’ve been struggling to figure out what it means to live out my life as an Asian American Christian woman.

As I began to unravel this aspect of myself and my faith, I was overwhelmed with a sense of loneliness. I recalled the times I unconsciously counted the number of people who looked like me each time I walked into church or into the weekly services my campus ministry held. Most of my friends who loved me, encouraged me, and discussed faith with me did not look like me. While I have a lot of love and gratitude for my friends, my churches, and my campus ministry, I can’t help but notice now how something was missing all along. I mostly fit in well in these spaces, partly because of my own upbringing in suburban South Florida, and partly because I was assimilating so I could be liked and be a part of something.

To live out my life in the fullness of God’s image, though, I realized I cannot deny parts of myself or tack-on bits from others. To be fully myself, fully the woman God intended for me to be, I also needed to embrace my racial identity. So I started the hunt on social media to follow those who were embracing their Asian American Christian identity. As if an answer to an unspoken prayer, our very own Eryn Eddy had Vivian Mabuni on the podcast Eryn co-hosts, God Hears Her.

I cried when I listened to that episode. I felt so seen, seen in every part of my identity. In a beautiful snowball, I began following Vivian on social media and listening to her podcast, Someday is Here, as well as listening to The Reclaim Podcast by the Asian American Christian Collaborative. I have shed so many tears hearing other Asian American Christians fully embrace and live out their racial and spiritual identities. I was not only pained to hear about the untold histories of Asian Americans, but I also was affirmed in hearing about this straddling of Eastern and Western cultures and how important our experiences are as Asian American Christians to know God and make Him known.

Over the years, society has told me that I am not beautiful because of the way I look, and classmates have inflicted many wounds with their words. These things happened enough times that I sometimes believed them to be true and treated myself as less than for being Asian. I have a long way to go in letting God reveal and redeem the brokenness in me regarding my identity as a Chinese American Christian woman. I’m learning now to hand the hurt to God for Him to heal. I’m learning that my unique upbringing as a Chinese American girl with a Chinese Honduran mother and Chinese Jamaican father is beautiful and reflects the Lord in such a special way. I’m learning to embrace myself fully to better love the God who made me. I don’t think this learning will ever stop, and that’s okay. I’m just thankful that the blinds are now open and shedding light on a part of me that has remained in the dark for so long.