Where You Put Your Faith 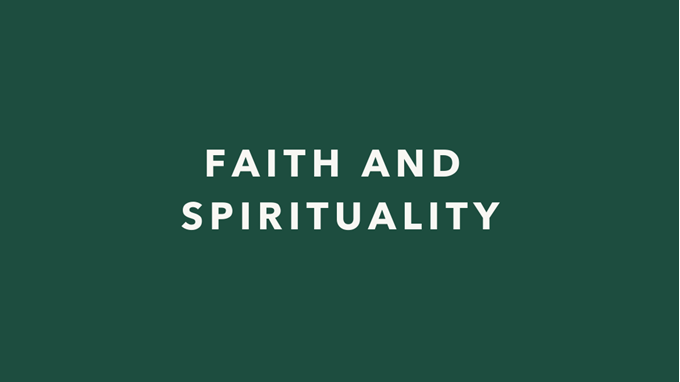 Whether you believe in God or not, you likely experienced one if not all of the following emotions in the year 2020: fear, loneliness, shame, guilt, apathy, hopelessness, doubt.

Following Jesus doesn’t mean you’re free from being human. But it does mean you’ve been given the closest kind of friend to walk with you through life.

Have you ever questioned the sincerity of that friend? Have you ever wondered if God really is who He says He is?

When the world shut down, in some ways, I did too. I was overwhelmed by the global pandemic, the political turmoil, the continued acts of racial injustice, and I feared what the next 20 years of life would hold.

I asked a lot of questions. I analyzed why I believe what I believe. About people, about the world, the local church. I was tempted to question God’s goodness many times. But as I dug deeper, I realized my doubts and fears were directed not at the creator of the universe, but at the systems created by man, and of things simply out of my control.

I was reminded during that time of the verse in 1 Corinthians where Paul says not to put your faith in the wisdom of men, but in the power of God (1 Corinthians 2:5).

It’s that very revelation that leads me to action. I want my faith to walk. I want my love for God and for people to radically change the world. I’ve thought about the following questions often this past year:

What if we didn’t just talk about loving our neighbors but we actually invited them over for dinner?

What if we didn't just talk about the healing powers of God but actually sought to heal the broken parts of our own lives?

What if we didn’t just talk about helping the “least of these” but we actually made sacrifices to uplift those around us?

What if we didn’t just talk about praying for people but we actually got on our knees and invited God to intervene?

What if we learned to radically serve our spouses, our parents, our friends?

What if we actually trusted that God made no mistakes in forming us just as we are?

Faith isn’t having it all figured out or doing all of the above things perfectly. I find that my own faith journey is often filled with more mystery than certainty.

What I am certain of, however, is that even in the midst of a year filled with sickness, death, pain, and loneliness, God never took His eyes off you. He never left you. He is near to you.

Don’t mistake the failure of people for the failure of God. His friendship is sincere. His love is real. May that be the fuel you need to keep going today.